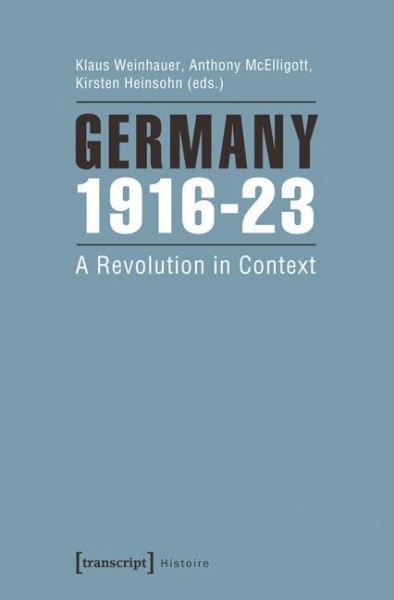 During the last four decades the German Revolution 1918/19 has only attracted little scholarly attention.This volume offers new cultural historical perspectives, puts this revolution into a wider time frame (1916-23), and coheres around three interlinked propositions: (i) acknowledging that during its initial stage the German Revolution reflected an intense social and political challenge to state authority and its monopoly of physical violence, (ii) it was also replete with »Angst«-ridden wrangling over its longer-term meaning and direction, and (iii) was characterized by competing social movements that tried to cultivate citizenship in a new, unknown state. von Weinhauer, Klaus