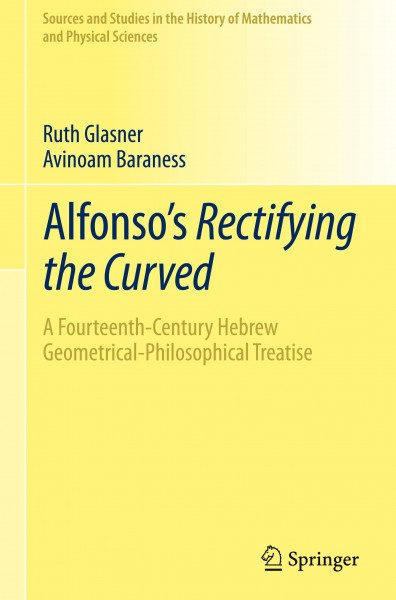 This volume offers a new English translation, introduction, and detailed commentary on Sefer Meyasher 'Aqov, (The Rectifying of the Curved), a 14th-century Hebrew treatise on the foundation of geometry. The book is a mixture of two genres: philosophical discussion and formal, Euclidean-type geometrical writing. A central issue is the use of motion and superposition in geometry, which is analyzed in depth through dialog with earlier Arab mathematicians.The author, Alfonso, was identified by Gita Gluskina (the editor of the 1983 Russian edition) as Alfonso of Valladolid, the converted Jew Abner of Burgos. Alfonso lived in Castile, rather far from the leading cultural centers of his time, but nonetheless at the crossroad of three cultures. He was raised in the Jewish tradition and like many Sephardic Jewish intellectuals was versed in Greek-Arabic philosophy and science. He also had connections with some Christian nobles and towards the end of his life converted to Christianity. Driven by his ambition to solve the problem of the quadrature of the circle, as well as other open geometrical problems, Alfonso acquired surprisingly wide knowledge and became familiar with several episodes in Greek and Arabic geometry that historians usually consider not to have been known in the West in the fourteenth century. Sefer Meyasher 'Aqov reflects his wide and deep erudition in mathematics and philosophy, and provides new evidence on cultural transmission around the Mediterranean. von Glasner, Ruth