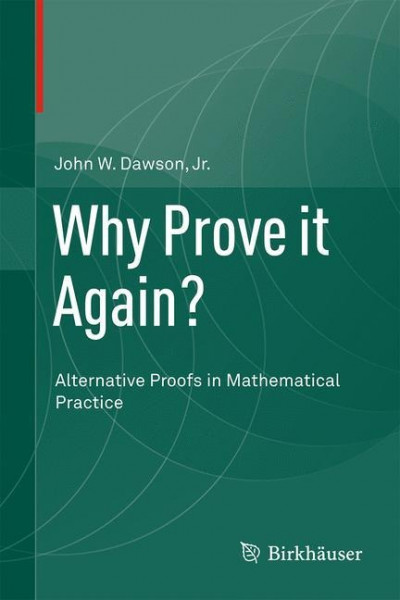 Why Prove it Again?

Why Prove it Again?
Alternative Proofs in Mathematical Practice

This monograph considers several well-known mathematical theorems and asks the question, "Why prove it again?" while examining alternative proofs. It explores the different rationales mathematicians may have for pursuing and presenting new proofs of previously established results, as well as how they judge whether two proofs of a given result are different. While a number of books have examined alternative proofs of individual theorems, this is the first that presents comparative case studies of other methods for a variety of different theorems.The author begins by laying out the criteria for distinguishing among proofs and enumerates reasons why new proofs have, for so long, played a prominent role in mathematical practice. He then outlines various purposes that alternative proofs may serve. Each chapter that follows provides a detailed case study of alternative proofs for particular theorems, including the Pythagorean Theorem, the Fundamental Theorem of Arithmetic, Desargues' Theorem, the Prime Number Theorem, and the proof of the irreducibility of cyclotomic polynomials.Why Prove It Again? will appeal to a broad range of readers, including historians and philosophers of mathematics, students, and practicing mathematicians.  Additionally, teachers will find it to be a useful source of alternative methods of presenting material to their students. von Dawson, John W.