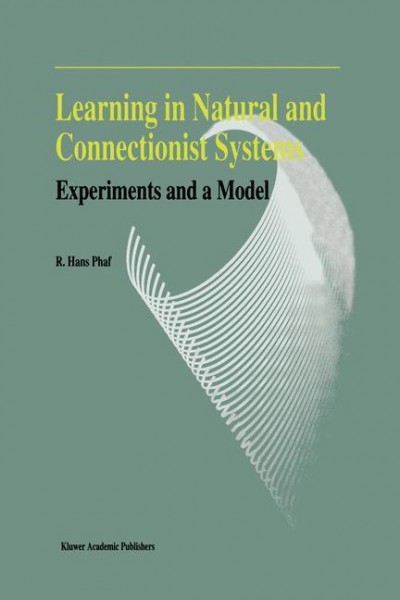 Learning in Natural and Connectionist Systems

Learning in Natural and Connectionist Systems
Experiments and a Model

Modern research in neural networks has led to powerful artificial learning systems, while recent work in the psychology of human memory has revealed much about how natural systems really learn, including the role of unconscious, implicit, memory processes. Regrettably, the two approaches typically ignore each other. This book, combining the approaches, should contribute to their mutual benefit. New empirical work is presented showing dissociations between implicit and explicit memory performance. Recently proposed explanations for such data lead to a new connectionist learning procedure: CALM (Categorizing and Learning Module), which can learn with or without supervision, and shows practical advantages over many existing procedures. Specific experiments are simulated by a network model (ELAN) composed of CALM modules. A working memory extension to the model is also discussed that could give it symbol manipulation abilities. The book will be of interest to memory psychologists and connectionists, as well as to cognitive scientists who in the past have tended to restrict themselves to symbolic models. von Phaf, R. H.