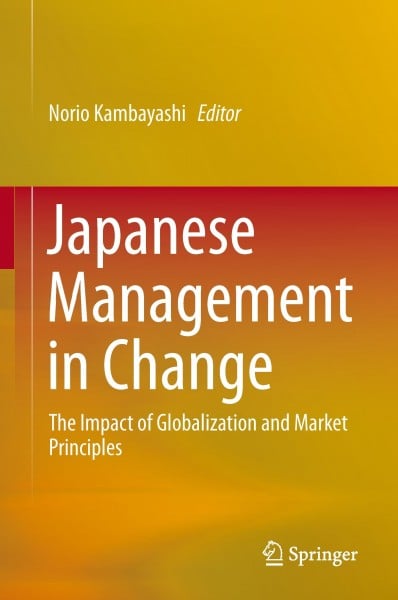 Japanese Management in Change
The Impact of Globalization and Market Principles

Following the burst of the "economic bubble" in the 1990s, many Japanese companies were required to reform their management systems. Changes in corporate governance were widely discussed during that decade in studies on "Japanese management." These discussions have resulted in little progress, however, since Americanization became the dominant discourse concerning governance and the management system. There have been few studies conducted from an academic point of view on the internal aspects of organizations that practice traditional Japanese management theory.This book examines how, and the degree to which, the development of market principles accompanying the advances of globalization has affected the traditional Japanese system. It focuses on four aspects of corporate management: management institutions, strategy, organization, and human resource management. The aggregation of the new management system in Japanese companies is regarded as a distinctive Japanese-style system of management. With emphasis on these four aspects, research was conducted on the basic structure of that system, following changes in the market, technology, and society. Further, specific functions of the basic structure of the Japanese-style management system were studied. Those findings are included here, along with a discussion and analysis of the direction of future changes. von Kambayashi, Norio