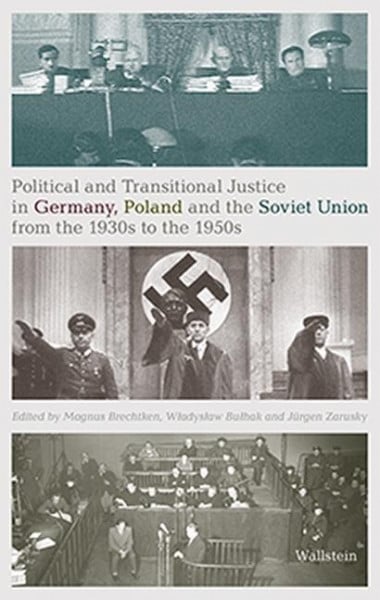 Political and Transitional Justice in Germany, Poland and the Soviet Union from the 1930s to the 1950s

Political and Transitional Justice in Germany, Poland and the Soviet Union from the 1930s to the 1950s

History shows a plethora of links between the apparently distinct terms of Political and Transitional Justice.Focussing on »Political and Transitional Justice in Germany, Poland the USSR from the 1930s to the 1950s« this volume presents papers organized by the editors to demonstrate the importance of cooperation in research beyond national borders. The articles reflect the need for constant awareness of the challenges of Political Justice as a topic not just of historical importance but with relevance to present-day negotiations of the past.Includes:Yuri Shapoval: The »Union for the Liberation of Ukraine« (»SVU«) trial: fabrication, mechanisms, consequencesIngo Müller: Judicial and Extrajudicial Political Persecution under the National Socialist Dictatorship - Structures, Logic, and DevelopmentsWladyslaw Bulhak: In Search of Political Justice, 1939-2000. From the Main Commission for the Investigation of German Crimes in Poland to the Institute of National RemembranceJoanna Lubecka: German Crimes Tried in Poland: A political and legal analysis on the example of Supreme National Tribunal Trials in Southern PolandAdam Dziurok: The specific character of prosecuting Nazi crimes in the borderlandsLukasz Jasinski: Polish and Czechoslovak Retribution against Germany, 1945-1949: A ComparisonDas Buch erscheint in englischer Sprache. von Brechtken, Magnus