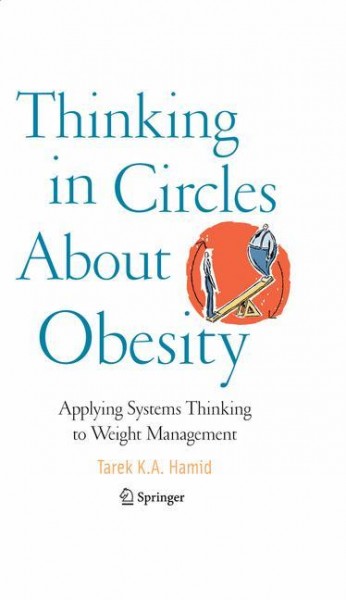 Thinking in Circles About Obesity

Today's children may well become the first generation of Americans whose life expectancy will be shorter than that of their parents. The culprit, public health experts agree, is obesity and its associated health problems. Heretofore, the strategy to slow obesity's galloping pace has been driven by what the philosopher Karl Popper calls ''the bucket theory of the mind. '' When minds are seen as containers and public understanding is viewed as being a function of how many scientific facts are known, the focus is naturally on how many scientific facts public minds contain. But the strategy has not worked. Despite all the diet books, the wide availability of reduced-calorie and reduced-fat foods, and the broad publicity about the obesity problem, America's waistline continues to expand. It will take more than food pyramid images or a new nutritional guideline to stem obesity's escalation. Albert Einstein once observed that the significant problems we face cannot be solved at the same level of thinking we were at when we created them, and that we would have to shift to a new level, a deeper level of thinking,tosolvethem. Thisbookarguesfor,andpresents,adifferent perspective for thinking about and addressing the obesity problem: a systems thinking perspective. While already commonplace in engineering and in business, the use of systems thinking in personal health is less widely adopted. Yet this is precisely the setting where complexities are most problematicandwherethestakesarehighest. von Hamid, Tarek K. A.

Dr. Tarek K.A. Hamid is a trained system dynamicist (with a PhD from MIT, and a winner of the Forrester award for his first book). He has been a Professor of System Dynamics at the Naval Postgraduate School, in Monterey, CA since 1986, where he was awarded the Naval Postgraduate School's Faculty Performance Award, in recognition of meritorious faculty performance in both research and teaching. In the mid 1990s he became extremely interested in the confluence of information and medical technologies, and saw it as one of the most promising new frontiers for system dynamics research and public policy. But he had a lot for me to learn. So, in 1997, he took an open-ended leave-of-absence and enrolled in the Master's Program at Stanford's Engineering Economic Systems & OR Dept., where he focused on decision analysis and medical decision-making. (Returning to become a master student, while already holding a PhD was certainly a "weird" experience-for him, and for his professors-but it was a lot of fun.) It was during his studies at Stanford that he began to see the natural fit between the obesity problem (as a dynamic system of energy regulation) and system dynamics. (Research was revealing that human bioenergetics belongs to the class of multi-loop nonlinear feedback systems-the same class of system that system dynamics aims to study.) Upon graduation, he spent a year (1999-2000) as an affiliate at Stanford's Medical Informatics Department (part of Stanford's Medical School), where he worked on developing system dynamics models of human physiology and metabolism. In December 2001, he returned to his faculty position at the Naval Postgraduate School where he continues his research on medical decision making and modeling of human metabolism and energy regulation. When not teaching or writing, Tarek is usually on the water. With his wife, Nadia, won first place in the 1999 San Francisco to Santa Barbara Yacht Race (Cruise Division) on their traditional Alden 45 sloop.