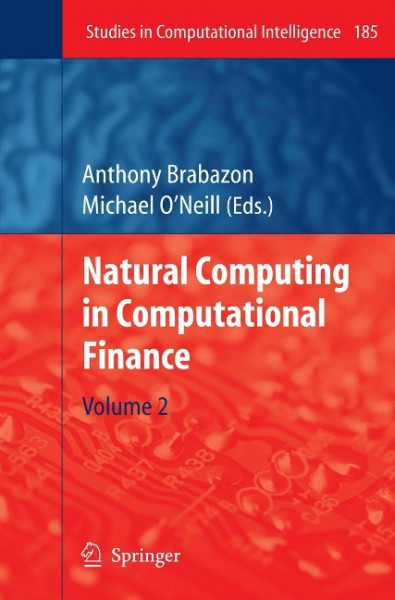 Recent years have seen the widespread application of Natural Computing algorithms (broadly defined in this context as computer algorithms whose design draws inspiration from phenomena in the natural world) for the purposes of financial modelling and optimisation. A related stream of work has also seen the application of learning mechanisms drawn from Natural Computing algorithms for the purposes of agent-based modelling in finance and economics. In this book we have collected a series of chapters which illustrate these two faces of Natural Computing. The first part of the book illustrates how algorithms inspired by the natural world can be used as problem solvers to uncover and optimise financial models. The second part of the book examines a number agent-based simulations of financial systems. This book follows on from Natural Computing in Computational Finance (Volume 100 in Springer's Studies in Computational Intelligence series) which in turn arose from the success of EvoFIN 2007, the very first European Workshop on Evolutionary Computation in Finance & Economics held in Valencia, Spain in April 2007. von Brabazon, Anthony und O'Neill, Michael