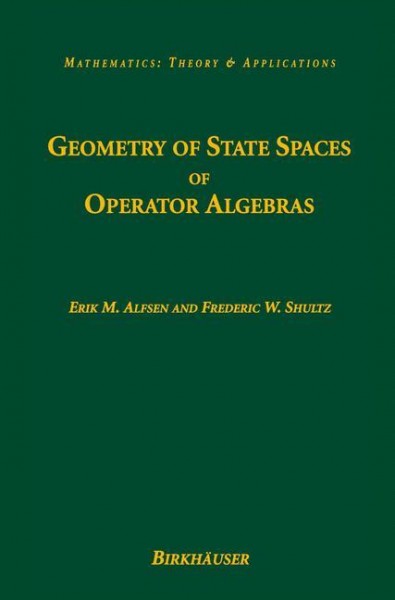 In this book we give a complete geometric description of state spaces of operator algebras, Jordan as well as associative. That is, we give axiomatic characterizations of those convex sets that are state spaces of C*-algebras and von Neumann algebras, together with such characterizations for the normed Jordan algebras called JB-algebras and JBW-algebras. These non­ associative algebras generalize C*-algebras and von Neumann algebras re­ spectively, and the characterization of their state spaces is not only of interest in itself, but is also an important intermediate step towards the characterization of the state spaces of the associative algebras. This book gives a complete and updated presentation of the character­ ization theorems of [10]' [11] and [71]. Our previous book State spaces of operator algebras: basic theory, orientations and C*-products, referenced as [AS] in the sequel, gives an account of the necessary prerequisites on C*-algebras and von Neumann algebras, as well as a discussion of the key notion of orientations of state spaces. For the convenience of the reader, we have summarized these prerequisites in an appendix which contains all relevant definitions and results (listed as (AI), (A2), ... ), with reference back to [AS] for proofs, so that this book is self-contained.