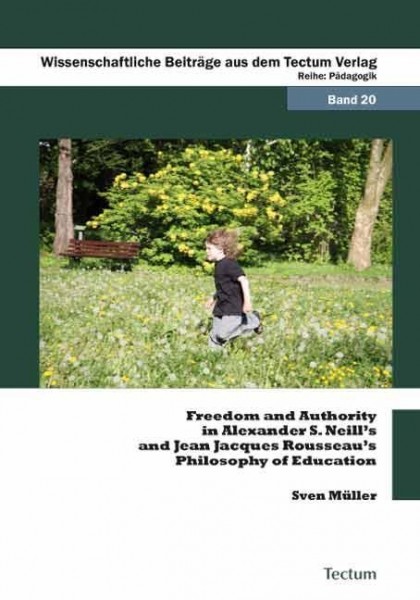 Freedom, perhaps second only to language, is considered a defining quality of human beings. Before children can be free and autonomous adults, however, they have to be educated, which often means invoking authority to limit their freedom to prevent harmful actions and to guide them toward pursuits that educators deem beneficial. Two of the authors who questioned the use of di¬rect, adult authority in the interaction with children are J. J. Rousseau (1712-1778) and A. S. Neill (1883-1973). The alternative that Rousseau delineated to conventional education in his 'Emile, or on Education' relies mainly on devising educational situations. Neill, in contrast, founded Summerhill, a school where authority is distributed evenly among the members of the community, including children. In this comparative study, the reader will be introduced to both authors' lives and the development of their systems of thought, including their contradictions and hidden motivations. In their observations and reflections, both Neill and Rousseau wrestle with the assumed contradiction between human nature and civilization, which is the underlying theme of the book. In these pages, the reader will not only find intense philosophical arguments but also become alert to these authors' views about patterns of beneficial interactions with children and, perhaps even more importantly, Neill's life-affirming conception of human nature, which can provide a model for educators who are searching for alternatives to inhumane and self-undermining educational practices. von Müller, Sven