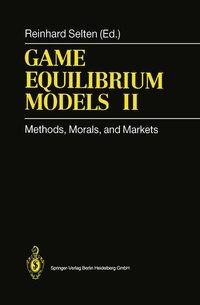 This paper represents the collaborative work of a game theorist and a policy analyst in an attempt to examine severa! questions that go to the hearl of the way individuala achieve social order. The capacity of any individual to undertake long-term, productive activities that affect and are affected by the actiona of other individuala dependa upon gaining a minimallevel of predictability among those involved. No one could successfully drive to work if the behavior of other drivera were noi relatively predictable. No one could operate a stare, if potential consumers did not purcha. se, rather than stea!, the commodities offered to the public. No one would ma. ke a. ny investments other than those tha. t would be made by a solitary individual in an isolated setting (the cla. ssic Robinson Crusoe situation). One of the ways that individuals achieve predictability in social arrangements is to a. gree to follow a set of normative prescriptions a. bout what they must, must not, or may do. Agreeing to a set of prescriptions is relatively easy. Actually following those prescriptions over time when temptations arise offering potentially high payoffs, is not at all easy. In natural settings, individUala follow agreed upon prescriptions to a greater or lesser extent depending on enforcement levels. A frequent assumption made by policy ana. lysts a. nd game theorists is tha. t enforcement is externa! to the situa. tion under analysis. That a. von Selten, Reinhard