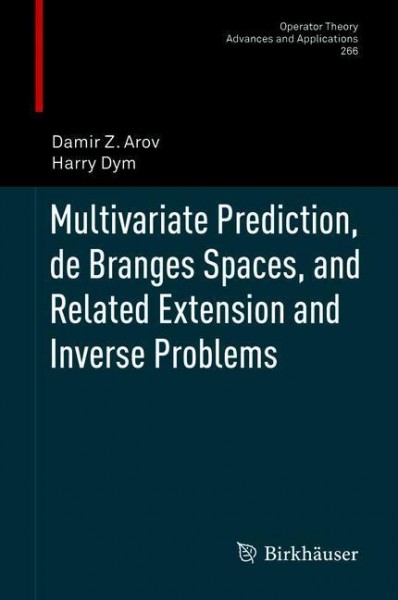 This monograph deals primarily with the prediction of vector valued stochastic processes that are either weakly stationary, or have weakly stationary increments, from finite segments of their past. The main focus is on the analytic counterpart of these problems, which amounts to computing projections onto subspaces of a Hilbert space of p x 1 vector valued functions with an inner product that is defined in terms of the p x p matrix valued spectral density of the process. The strategy is to identify these subspaces as vector valued de Branges spaces and then to express projections in terms of the reproducing kernels of these spaces and/or in terms of a generalized Fourier transform that is obtained from the solution of an associated inverse spectral problem. Subsequently, the projection of the past onto the future and the future onto the past is interpreted in terms of the range of appropriately defined Hankel operators and their adjoints, and, in the last chapter, assorted computations are carried out for rational spectral densities. The underlying mathematics needed to tackle this class of problems is developed in careful detail, but, to ease the reading, an attempt is made to avoid excessive generality. En route a number of results that, to the best of our knowledge, were only known for p = 1 are generalized to the case p 1. von Arov, Damir Z. und Dym, Harry