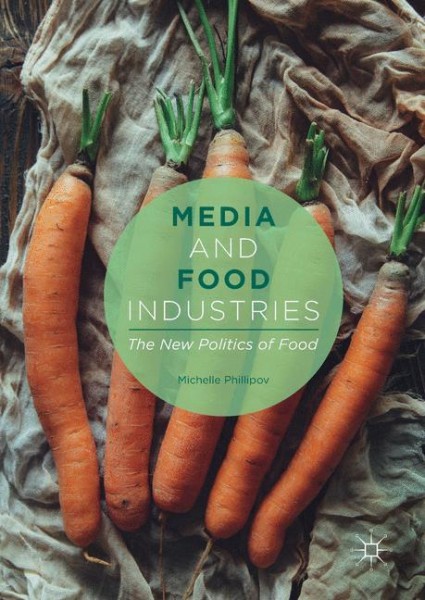 Media and Food Industries
The New Politics of Food

This volume is the first to combine textual analysis of food media texts with interviews with media production staff, reality TV contestants, celebrity chefs, and food producers and retailers across the artisan-conventional spectrum. Intensified media interest in food has seen food politics become a dominant feature of popular media-from television and social media to cookbooks and advertising. This is often thought to be driven by consumers and by new ethics of consumption, but Media and Food Industries reveals how contemporary food politics is also being shaped by political and economic imperatives within the media and food industries. It explores the behind-the-scenes production dynamics of contemporary food media to assess the roles of-and relationships between-media and food industries in shaping new concerns and meanings with respect to food. von Phillipov, Michelle

Michelle Phillipov is Senior Lecturer in Journalism, Media and Communication at the University of Tasmania, Australia.