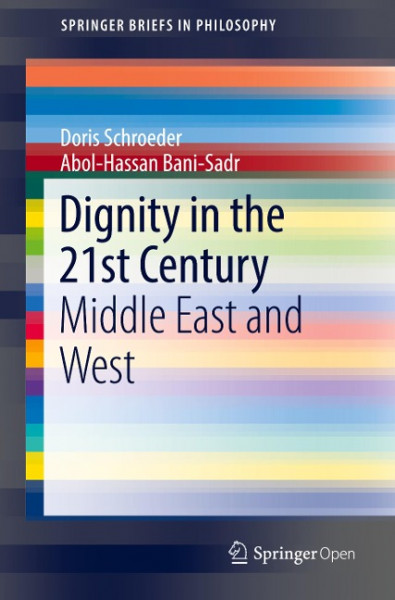 Dignity in the 21st Century

Dignity in the 21st Century
Middle East and West

This book is open access under a CC BY license.This book offers a unique and insightful analysis of Western and Middle Eastern concepts of dignity and illustrates them with examples of everyday life.Dignity in the 21st Century - Middle East and West is unique and insightful for a range of reasons. First, the book is co-authored by scholars from two different cultures (Middle East and West). As a result, the interpretations of dignity covered are broader than those in most Western publications. Second, the ambition of the book is to use examples from everyday life and fiction to debate a range of dignity interpretations supplemented by philosophical and theological theories. Thus, the book is designed to be accessible to a general readership, which is further facilitated because it is published with full open access. Third, the book does not defend one superior theory of dignity, but instead presents six Western approaches and one based on the Koran and then asks whether a common essence can be detected. The answer to the question whether a common essence can be detected between the Koranic interpretation of dignity and the main Western theories (virtue, Kant) is YES. The essence can be seen in dignity as a sense of self-worth, which persons have a duty to develop and respect in themselves and a duty to protect in others. The book ends with two recommendations. First, given the 7 concepts of dignity introduced in the book, meaningful dialogue can only be achieved if conversation partners clarify which variation they are using. Second, future collaborations between philosophers and psychologists might be helpful in moving theoretical knowledge on dignity as a sense of self-worth into practical action. The "scourges" of a sense of self-worth and dignity are identified by psychologists as violence, humiliation, disregard and embarrassment. To know more about how these can be avoided from psychologists, is helpful when protecting a sense of self-worth in others. von Schroeder, Doris und Bani-Sadr, Abol-Hassa

Professor Doris Schroeder, whose background is in philosophy, politics and economics, is Director of the Centre for Professional Ethics at the University of Central Lancashire UK and Adjunct Professor at the School of Humanities and Social Sciences, Charles Sturt University Canberra, Australia. Professor Schroeder has extensively published on and led large international research projects on benefit sharing, responsible research and innovation and global research ethics. Her conceptual work in ethics focuses mostly on the human right to access to health care, dignity and vulnerability. Dr Abol-Hassan Bani-Sadr was Iran's first president from 1980 to 1981. In addition to theorizing the 1979 Iranian Revolution, he has published a wide range of books and articles in the fields of philosophy, theology, sociology and economy. His work centres around critiquing traditional and fundamentalist forms of Islam and, through in-depth study of the Koran, constructing revolutionary new interpretations of Islam as discourses of liberty which prioritize freedom, dignity, and human rights.