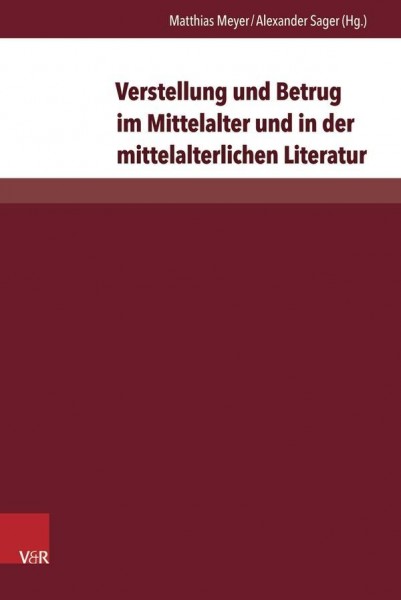 One of the well-known topoi of medieval literature is the high degree of congruity between the outer and inner character of the protagonist. This congruity is also discussed where it does not appear to exist, for instance in the supposed merchant's son Tristan. This already shows where and how the notion of congruity between the outer and inner person - and thus the possibility of disguise - reaches its limits (at least in narrative terms). The Tristan theme and the Nibelungenlied offer much-discussed and well-known examples of at least temporarily successful disguise, a temporarily broken congruity. Going beyond these well-known cases there are other examples of dissimulation - some much more successful, and others complete failures. The essays in this anthology discuss cases ranging from the Anglo Saxon Genesis B to Herzog Ernst, the Alexander romance and Friedrich von Schwaben, aspects of Minnesang and the Aristotle and Phyllis tradition as well as mysticism. von Meyer, Matthias