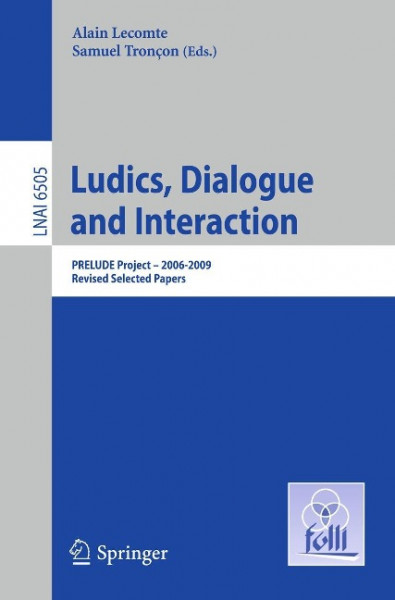 This volume contains the key contributions to workshops and meetings that were held within the context of the PRELUDE project. PRELUDE, an acronym for "Towards Theoretical Pragmatics based on Ludics and Continuation Theory", ran from November 2006 to November 2009, with funding from the new French National Agency for Research (ANR). The objective of the project was to develop perspectives on Natural Language Semantics and Pragmatics based on recent developments in Logic and Theoretical Computer Science; the articles shed light on the role of Ludics in the study of speech acts, inferential semantics, game-theoretical frameworks, interactive situations in the dynamics of language, the representation of commitments and interaction, programming web applications, as well as the impact of Ludics on the fundamental concepts of computability. von Lecomte, Alain und Tronçon, Samuel