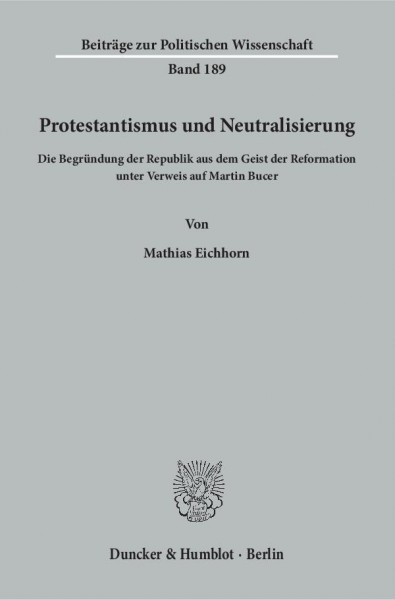 »Protestantism and Neutralisation« Humanism urge for more tolerance towards peregrine identities. Defining boundaries has ever been a problem. But the republican idea of thought has its roots in theology. In contrast with humanism, which embraced all correct Aristotelian constitutions, reformed Protestant theology only considers the republic as legitimate. Owing to its logic, a concept of identity has developed that puts limits to all claims of identity, especially when religion is being intermingled within. von Eichhorn, Mathias