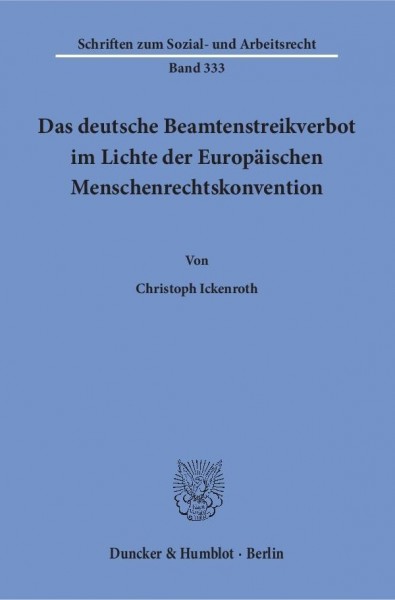 »The German Prohibition of Civil Servant Strikes in the Light of the European Convention on Human Rights« The ban of civil service strikes is consolidated legal practice in Germany and legitimized by the settled case law of the Supreme Court. But how to react when the European Court of Human Rights as a relevant actor adopts a new approach on collective labor rights, which calls into question the practice of German legal authorities? Is a national constitutional tradition to be re-interpreted in the light of evolving international human rights standards? von Ickenroth, Christoph