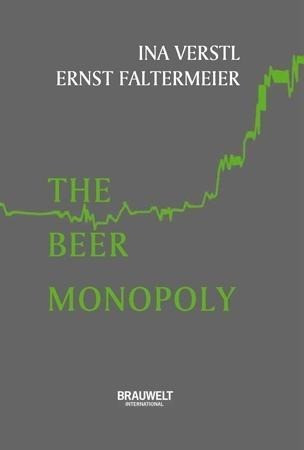 How could a small Belgian brewer become the world's largest brewing group within two decades? Interbrew's transformation into InBev and then into Anheuser-Busch InBev (AB-InBev) is emblematic of the race for unchallenged market domination between the world's four biggest brewing companies. The Beer Monopoly explores how this happened and examines the economic drivers behind globalisation.AB-InBev's takeover of SABMiller - the world's number one and two brewers respectively - closes an amazing epoch in beer history. This book charts the fascinating rise of these two brewing giants as they showed that dealmaking provided a faster path to profit growth than any sales hike could ever accomplish. The importance of deals - those made and those missed - is also visible in the track record of Heineken and Carlsberg, the brewers on the next two rungs of the global ladder.While all of these brewers pursued the goal of building empires, each had different reasons and faced a variety of obstacles along the way.Sharing a keen interest in the brewing industry - not to mention a passion beer - two economists, Ina Verstl and Ernst Faltermeier, have provided a timely out-of-the box analysis of globalisation. von Verstl, Ina und Faltermeier, Ernst