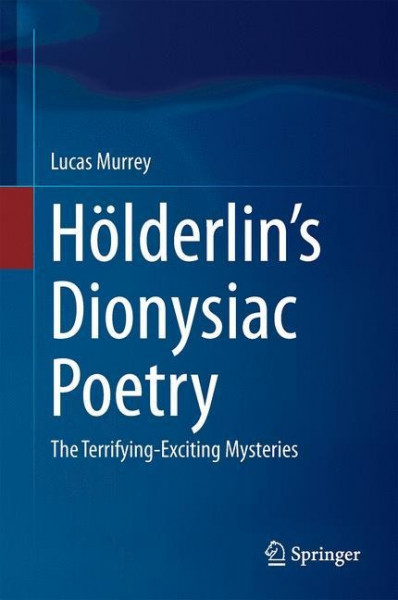 This book casts new light on the work of the German poet Friedrich Hölderlin (1770 - 1843), and his translations of Greek tragedy. It shows Hölderlin's poetry is unique within Western literature (and art) as it retrieves the socio-politics of a Dionysiac space-time and language to challenge the estrangement of humans from nature and one other.In this book, author Lucas Murrey presents a new picture of ancient Greece, noting that money emerged and rapidly developed there in the sixth century B.C. This act of monetization brought with it a concept of tragedy: money-tyrants struggling against the forces of earth and community who succumb to individual isolation, blindness and death. As Murrey points out, Hölderlin (unconsciously) retrieves the battle between money, nature and community and creatively applies its lessons to our time.But Hölderlin's poetry not only adapts tragedy to question the unlimited "machine process" of "a clever race" of money-tyrants. It also draws attention to Greece's warnings about the mortal danger of the eyes in myth, cult and theatre. This monograph thus introduces an urgently needed vision not only of Hölderlin hymns, but also the relevance of disciplines as diverse as Literary Studies, Philosophy, Psychology (Psychoanalysis) as well as Religious and Visual (Media) Studies to our present predicament, where a dangerous visual culture, through its support of the unlimitedness of money, is harming our relation to nature and one another."Here triumphs a temperament guided by ancient religion and that excavates, in Hölderlin's translations, the central god Dionysus of Greek tragedy.""Lucas Murrey shares with his subject, Hölderlin, a vision of the Greeks as bringing something vitally important into our poor world, a vision of which few classical scholars are now capable."-Richard Seaford, author of Money and the Early Greek Mind and Dionysus."Here triumphs a temperament guided by ancient religion and that excavates, in Hölderlin's translations, the central god Dionysus of Greek tragedy."-Bernhard Böschenstein, author of "Frucht des Gewitters". Zu Hölderlins Dionysos als Gott der Revolution and Paul Celan: Der Meridian."Lucas Murrey takes the god of tragedy, Dionysus, finally serious as a manifestation of the ecstatic scream of liberation and visual strategies of dissolution: he pleasantly portrays Hölderlin's idiosyncratic poetic sympathy."-Anton Bierl, author of Der Chor in der Alten Komödie. Ritual and Performativität"Hölderlin most surely deserved such a book."-Jean-François Kervégan, author of Que faire de Carl Schmitt?"...fascinating material..."-Noam Chomsky, author of Media Control and Nuclear War and Environmental Catastrophe. von Murrey, Lucas

Lucas Murrey (Ph.D. Yale University) has taught at UCLA (Los Angeles) and Yale University (New Haven) and is presently finishing two works Friedrich Nietzsche: The Meaning of Earth and Fin-de-Siècle Germany and the Trauma of the Great War. The abiding interest in the power of images and language not only to estrange, but also to return humankind to its earthly place in the cosmos, as betrayed by Murrey's research and teaching style, may well have its roots in his childhood and youth in southern California. Of particular concern to him is the communal potential of seeing (and listening) in ways that transcend the narrowness of a media culture that is driven exclusively by money and its (lethal) socio-political symptoms.