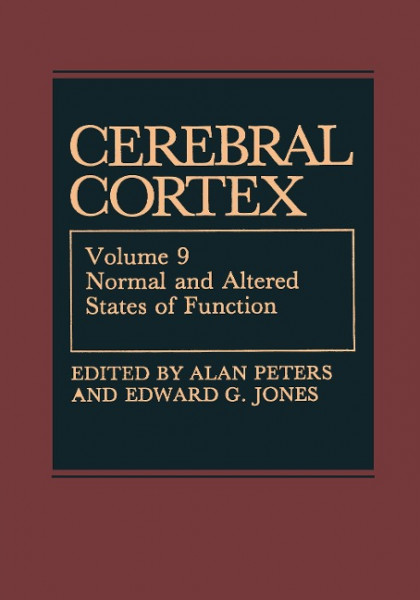 This volume of the series on "Cerebral Cortex" deals with a variety of topics that need to be considered in our overall understanding of the functions of the cerebral hemispheres. Chapters in the first part of this volume deal with normal functions that were not covered in earlier volumes, while chapters in the latter part deal with the functioning of the cortex in various altered states. The first chapter is by Eberhard Fetz, Keisuke Toyama, and Wade Smith, and it considers the interactions that can be demonstrated to exist between cortical neurons by using the technique of cross-correlation. The second chapter is by Brent Vogt who examines the connections and functions of layer I of the cerebral cortex, a layer that has been largely ignored in the past, and he proposes that this layer probably plays an important role in learning and memory acquisi­ tion. This is followed by a chapter in which Oswald Steward presents a review of what is currently known about synaptic replacement following denervation of cortical neurons, and especially those in the hippocampus. von Jones, Edward G.