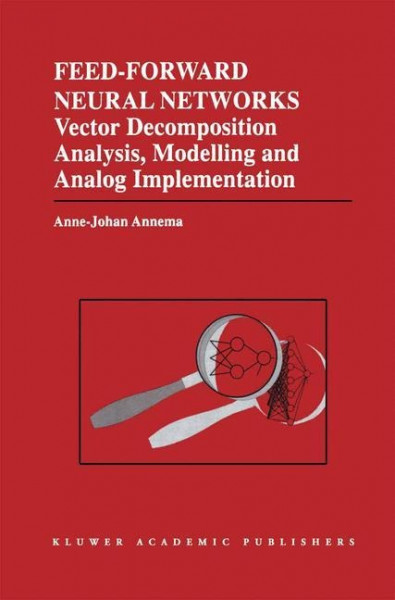 Feed-Forward Neural Networks: Vector Decomposition Analysis, Modelling and Analog Implementation presents a novel method for the mathematical analysis of neural networks that learn according to the back-propagation algorithm. The book also discusses some other recent alternative algorithms for hardware implemented perception-like neural networks. The method permits a simple analysis of the learning behaviour of neural networks, allowing specifications for their building blocks to be readily obtained. Starting with the derivation of a specification and ending with its hardware implementation, analog hard-wired, feed-forward neural networks with on-chip back-propagation learning are designed in their entirety. On-chip learning is necessary in circumstances where fixed weight configurations cannot be used. It is also useful for the elimination of most mis-matches and parameter tolerances that occur in hard-wired neural network chips. Fully analog neural networks have several advantages over other implementations: low chip area, low power consumption, and high speed operation. Feed-Forward Neural Networks is an excellent source of reference and may be used as a text for advanced courses. von Annema, Anne-Johan