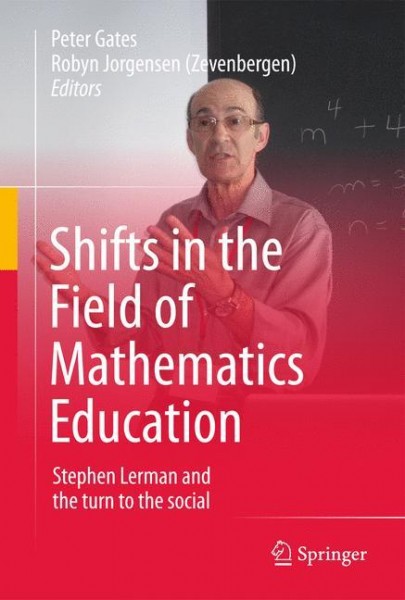 Shifts in the Field of Mathematics Education

Professor Stephen Lerman has been a leader in the field of mathematics education for thirty years. His work is extensive, making many significant contributions to a number of key areas of research. Stephen retired from South Bank University in 2012, where he had worked for over 20 years, though he continues to work at Loughborough University. In this book several of his long standing colleagues and collaborators reflect on his contribution to mathematics education, and in so doing illustrate how some of Steve's ideas and interventions have resulted in significant shifts in the domain. von Gates, Peter und Jorgensen, Roby

Peter Gates is Associate Professor at the University of Nottingham, UK where he undertakes research mainly in the areas of mathematics education and social justice. He has been Acting President of the International Groups for the Psychology of Mathematics Education, and is coordinator of the international Mathematics Education and Society research group. Robyn Jorgensen(Zevenbergen) is a Professor at Griffith University. Her research focuses on issues of equity and access, particularly for students from working-class backgrounds, rural communities and Indigenous students. She is currently Editor-in-Chief of the Mathematics Education Research Journal.