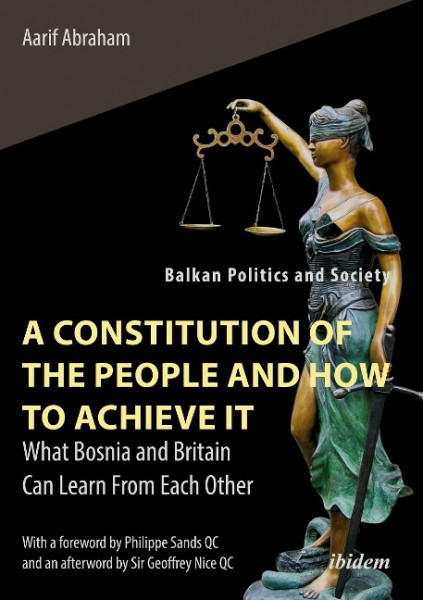 A Constitution of the People and How to Achieve It

Britain does not have a written constitution. It has rather, over centuries, developed a set of miscellaneous conventions, rules, and norms that govern political behavior. By contrast, Bosnia's constitution was written, quite literally, overnight in a military hanger in Dayton, USA, to conclude a devastating war. By most standards it does not work and is seen to have merely frozen a conflict and all development with it. What might these seemingly unrelated countries be able to teach each other? Britain, racked by recent crises from Brexit to national separatism, may be able to avert long-term political conflict by understanding the pitfalls of writing rigid constitutional rules without popular participation or the cultivation of good political culture. Bosnia, in turn, may be able to thaw its frozen conflict by subjecting parts of its written constitution to amendment, with civic involvement, on a fixed and regular basis; a 'revolving constitution' to replicate some of that flexibility inherent in the British system. A book not just about Bosnia and Britain; a standard may be set for other plural, multi-ethnic polities to follow. von Abraham, Aarif

Aarif Abraham is a barrister specialising in public international law, international criminal law and human rights. He is the founder of Accountability Unit and is regularly instructed by United Nations bodies. Aarif advises policy makers, parliamentarians and practitioners widely on constitutional issues as well as foreign policy matters.

0
Menü schließen
Kundenbewertungen für "A Constitution of the People and How to Achieve It"
Bewertung schreiben
Bewertungen werden nach Überprüfung freigeschaltet.
Neu
34,90 €