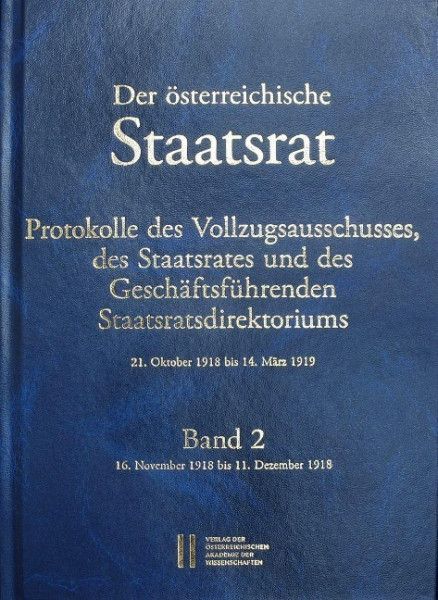 The second volume of the series of editions of the Austrian State Council (Staatsrat) encompasses the protocols no. 34 of 16 November 1918 to no. 57 of 11 December 1918. During this phase, the Staatsrat still faced the challenge of laying the foundation for a republican order against the backdrop of severe supply shortages. The regulation of relations with the successor states of the Habsburg Monarchy was a further thematic focus. These interlocking domestic and foreign policy issues shaped the broad thematic spectrum of the minutes in this period. The volume hence makes an important contribution to the understanding of the transition period from the Austro-Hungarian Empire to the Austrian Republic. von Enderle-Burcel, Gertrude und Haas, Hanns und Mueller, Wolfgang und Reisner, Clemens