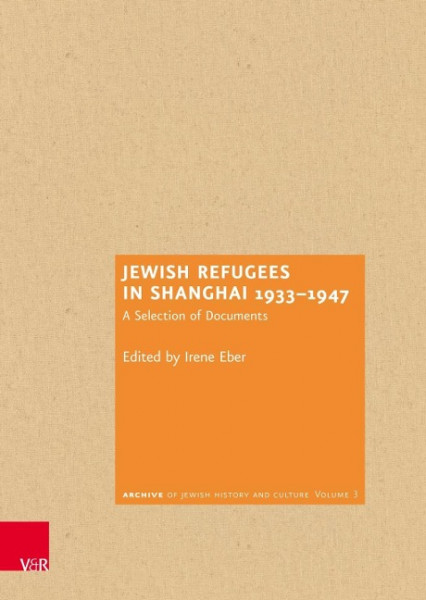 Jewish Refugees in Shanghai 1933-1947
A Selection of Documents

Around 20.000 Jews, mostly from Germany and Austria, managed to escape Nazi persecution in the late 1930s and fled to Shanghai, where they found a safe refuge despite the increasing harassment of the Japanese authorities. In the face of difficult conditions, the Jewish refugees tried to arrange for both their material needs and the continuation of their communal cultural life. The 184 sources collected in the present volume document not only these efforts, but also the support of the local Jewish aid committees and other, mostly Jewish international aid organizations. The reactions of Nazi authorities in Germany and their representatives in Shanghai are included as well, as are impressions from the Japanese and Chinese sides. The documents - in German, English, Yiddish, Hebrew, Russian, and Chinese - are annotated, partially translated, and accompanied by introductions, maps, and photographs. von Eber, Irene