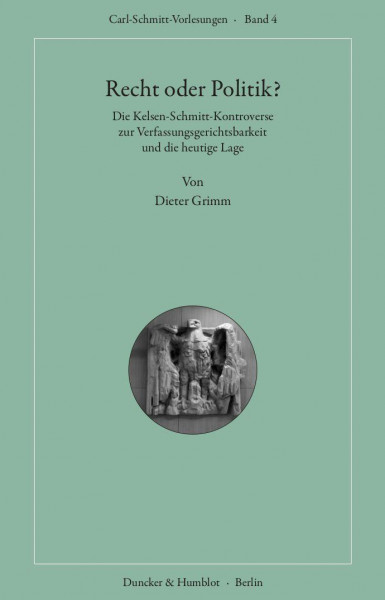 Law or Politics? The Controversy between Kelsen and Schmitt on Constitutional Adjudication and the Current State of Affairs While it is no longer contested that a state goes hand in hand with a constitution, it is less clear whether a constitution entails a constitutional court. In a paradigmatic way, this question was discussed among two of the most eminent jurists of the first half of the 20th century, Hans Kelsen and Carl Schmitt. Kelsen regarded constitutional adjudication as a logical consequence of constitutionalism. Schmitt rejected it because he had a different guardian of the constitution in mind. In the second half of the 20th century, Kelsen's view prevailed. Constitutional courts were established all over the world. In the beginning of the 21st century, criticism of judicial review gains ground. Ultimately, it is always about the relationship between law and politics, so as well in this essay. von Grimm, Dieter