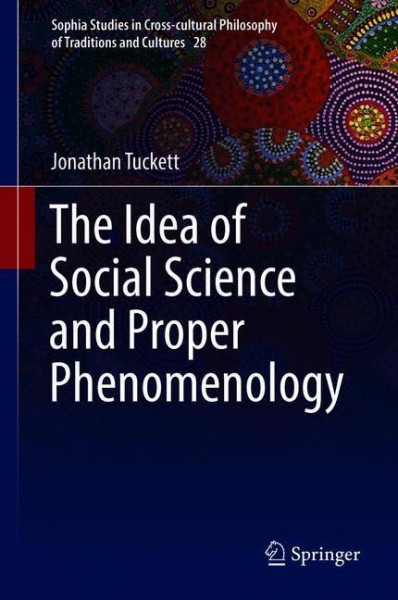 The Idea of Social Science and Proper Phenomenology

The Idea of Social Science and Proper Phenomenology

This monograph examines an academic discipline in crisis. The author claims that this field concerned with society and relationships is in trouble. No one can seem to agree on what it does or how to go about doing it. His insightful argument revives the thought of key phenomenologists often no longer considered in social science. Looking predominantly at debates within religious studies, this book uncovers certain misguided presuppositions which have strongly influenced scholars in the field. This reflects itself in a Weberian Ideal regarding the institutional place of science in the universities and a failure to properly consider the epistemic status of knowledge produced for its own sake. But even recognizing these issues will not get to the core of the crisis. It will not help scholars better understand what it is to be human. To address this, the author digs deeper. He draws on the philosophical phenomenology of Husserl's Phenomenological Movement to critique our very idea of social science. In the process, he presents a radical approach to the question of humanity. This volume concludes that, properly understood, social science is a hobby. It deserves no special place in the university. Indeed, if it is to be pursued properly, it requires a fundamentally revised understanding of humanity. The author argues this not of the sake of controversy. Rather, his intention is to affect the necessary shift in our understanding that will enable future constructive solutions. von Tuckett, Jonathan

Jonathan Tuckett earned his PhD at the University of Stirling and has worked variously between there and the University of Edinburgh as a fellow. He primarily works in Religious Studies where he specializes in Method and Theory with a particular emphasis on Philosophy of Social Science. His current research focuses on how to understand the concept of "religion" in the framework of intersubjectivity.