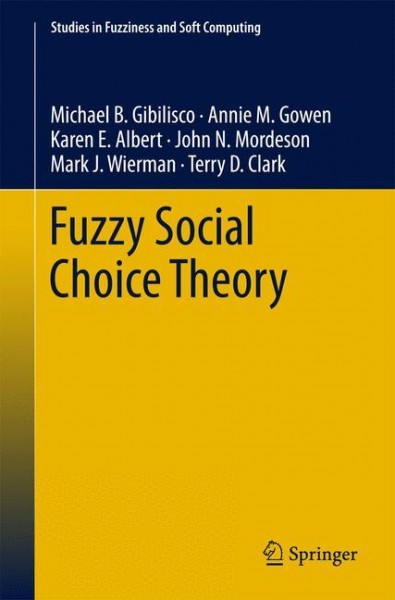 This book offers a comprehensive analysis of the social choice literature and shows, by applying fuzzy sets, how the use of fuzzy preferences, rather than that of strict ones, may affect the social choice theorems. To do this, the book explores the presupposition of rationality within the fuzzy framework and shows that the two conditions for rationality, completeness and transitivity, do exist with fuzzy preferences. Specifically, this book examines: the conditions under which a maximal set exists; the Arrow's theorem; the Gibbard-Satterthwaite theorem and the median voter theorem. After showing that a non-empty maximal set does exists for fuzzy preference relations, this book goes on to demonstrating the existence of a fuzzy aggregation rule satisfying all five Arrowian conditions, including non-dictatorship. While the Gibbard-Satterthwaite theorem only considers individual fuzzy preferences, this work shows that both individuals and groups can choose alternatives to various degrees, resulting in a social choice that can be both strategy-proof and non-dictatorial. Moreover, the median voter theorem is shown to hold under strict fuzzy preferences but not under weak fuzzy preferences. By providing a standard model of fuzzy social choice and by drawing the necessary connections between the major theorems, this book fills an important gap in the current literature and encourages future empirical research in the field. von B. Gibilisco, Michael und M. Gowen, Annie und E. Albert, Karen und Mordeson, John N. und Wierman, Mark J. und Clark, Terry D.