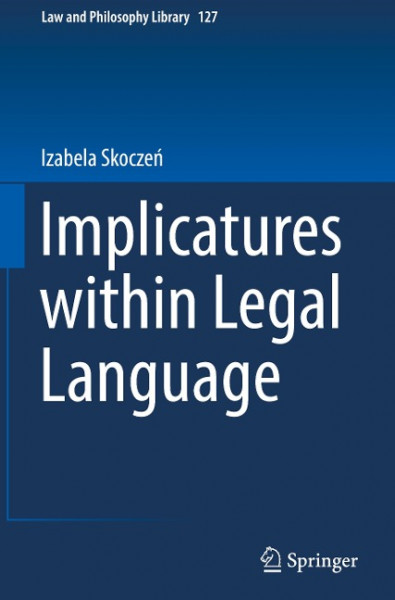 This book proposes a novel, descriptive theory that unveils the linguistic mechanisms lurking behind judicial decisions. It offers a comprehensive account of the ongoing debate, as well as a novel solution to the problem of understanding legal pragmatics. Linguistic pragmatics is based on a theory created by Paul Grice, who observed that people usually convey more than just the amalgam of the meaning of the words they use. He labeled this surplus of meaning a ¿conversational implicature.¿ This book addresses the question of whether implicatures occur in the legal language, firstly illustrating why the classic Gricean theory is not applicable (without substantial modification) to the description of legal language and proposing a novel approach based on a modification of Andrei Marmor¿s ¿strategic speech.¿ Subsequently, it analyzes neo-Gricean theories and their limited use for describing the mechanisms of legal interpretation, and discusses the possibility of pragmatic enrichment of legal content as well as the notion of completeness of a legal proposition. Lastly, it illustrates how the developed theory works in practice, with examples from penal and civil law cases. The book is helpful to legal practitioners, since it provides insights into the reasons for and linguistic mechanisms behind courts¿ decisions, but also to philosophers of law, philosophers of language, linguists and non-experts wishing to better understand the mechanisms of legal decision making. von Skocze¿, Izabela

Izabela Skoczen is a researcher at the Department of Legal Theory, Jagiellonian University in Cracow. She works on the application of theories from the philosophy of language to elucidate issues in jurisprudence.