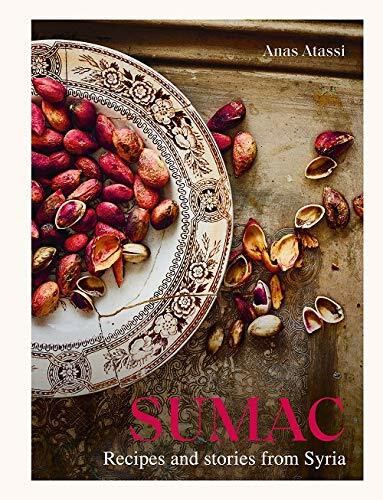 Sumac
Recipes and stories from Syria

Sumac, the deep red spice that adds a lemony taste to salads and meats, is prized and a key ingredient in the more than 80 recipes from both traditional and contemporary Syrian cuisine. They are inspired by Anas Atassi's family recipes, and have also been influenced by his own travels. From the wonderful Friday breakfasts Anas often ate in his grandmother's garden and his mother's sfeeha (small savoury pies) to the falafel Anas enjoys making for his friends. In addition to the recipes, the book includes stories about eight tables with different themes, all of them linked to celebrations, loved ones, and memories from Syria. These stories also inspired the recipes. The Syrian kitchen has deep historical roots, and has also been shaped by influences from neighbouring countries. Over many millennia, it has evolved to perfection.'With this book, I hope to build a bridge between Syrian culture and the rest of the world, with food as common denominator. But even more, I hope that Sumac will present a positive image of my country, in spite of all of the unfortunate events now taking place in Syria.' - Anas Atassi von Atassi, Anas

Anas Atassi was born in Homs in Syria and now lives in Amsterdam. He has a great love for cooking and cherishes the memories of Syria from his childhood. The personal stories in Sumak were the inspiration for the dishes and build a bridge between Syrian culture and the world, with good food as a common denominator.