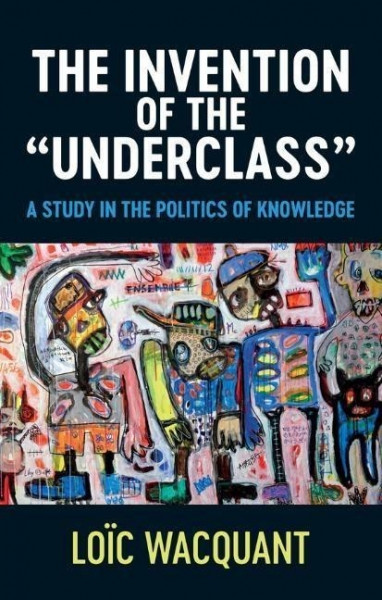 The Invention of the 'Underclass'

At century's close, American social scientists, policy analysts, philanthropists and politicians became obsessed with a fearsome and mysterious new group said to be ravaging the ghetto: the urban "underclass." Soon the scarecrow category and its demonic imagery were exported to the United Kingdom and continental Europe and agitated the international study of exclusion in the postindustrial metropolis. In this punchy book, Loïc Wacquant retraces the invention and metamorphoses of this racialized folk devil, from the structural conception of Swedish economist Gunnar Myrdal to the behavioral notion of Washington think-tank experts to the neo-ecological formulation of sociologist William Julius Wilson. He uncovers the springs of the sudden irruption, accelerated circulation, and abrupt evaporation of the "underclass" from public debate, and reflects on the implications for the social epistemology of urban marginality. What accounts for the "lemming effect" that drew a generation of scholars of race and poverty over a scientific cliff? What are the conditions for the formation and bursting of "conceptual speculative bubbles"? What is the role of think tanks, journalism, and politics in imposing "turnkey problematics" upon social researchers? What are the special quandaries posed by the naming of dispossessed and dishonored populations in scientific discourse and how can we reformulate the explosive question of "race" to avoid these troubles? Answering these questions constitutes an exacting exercise in epistemic reflexivity in the tradition of Bachelard, Canguilhem and Bourdieu, and it issues in a clarion call for social scientists to defend their intellectual autonomy against the encroachments of outside powers, be they state officials, the media, think tanks, or philanthropic organizations. Compact, meticulous and forcefully argued, this study in the politics of social science knowledge will be of great interest to students and scholars in sociology, anthropology, urban studies, ethnic studies, geography, intellectual history, the philosophy of science and public policy. von Wacquant, Loïc

Loïc Wacquant is Professor of Sociology at the University of California, Berkeley, and Researcher at the Centre de sociologie européenne, Paris. His books include Urban Outcasts: A Comparative Sociology of Advanced Marginality (2008), Punishing the Poor: The Neoliberal Government of Social Insecurity (2009), and Body and Soul: Notebooks of an Apprentice Boxer (expanded anniversary edition, 2022).