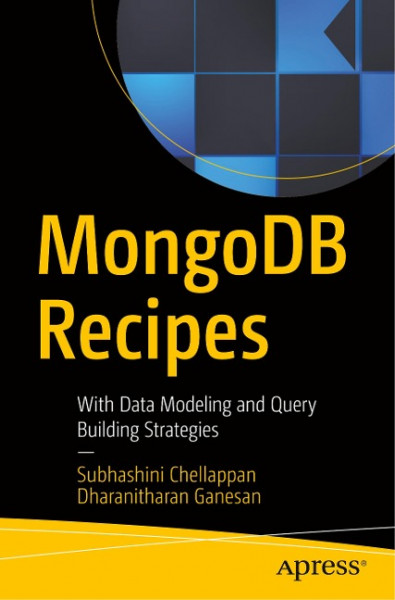 Get the most out of MongoDB using a problem-solution approach. This book starts with recipes on the MongoDB query language, including how to query various data structures stored within documents. These self-contained code examples allow you to solve your MongoDB problems without fuss. MongoDB Recipes describes how to use advanced querying in MongoDB, such as indexing and the aggregation framework. It demonstrates how to use the Compass function, a GUI client interacting with MongoDB, and how to apply data modeling to your MongoDB application. You'll see recipes on the latest features of MongoDB 4 allowing you to manage data in an efficient manner using MongoDB. What You Will Learn Work with the MongoDB document model Design MongoDB schemas Use the MongoDB query language Harness the aggregation framework Create replica sets and sharding in MongoDB Who This Book Is ForDevelopers and professionals who work with MongoDB. von Chellappan, Subhashini und Ganesan, Dharanithara

Subhashini Chellappan is a technology enthusiast with expertise in the big data and cloud space. She has rich experience in both academia and the software industry. Her areas of interest and expertise are centered on business intelligence, big data analytics and cloud computing. Dharanitharan Ganesan is an MBA in Technology management with high level of exposure and experience in big data - Apache Hadoop, Apache Spark and various Hadoop ecosystem components. He has a proven track record of improving efficiency and productivity through the automation of various routine and administrative functions in business intelligence and big data technologies. His areas of interest and expertise are centered on machine learning algorithms, Blockchain in Bigdata, statistical modelling and predictive analytics.