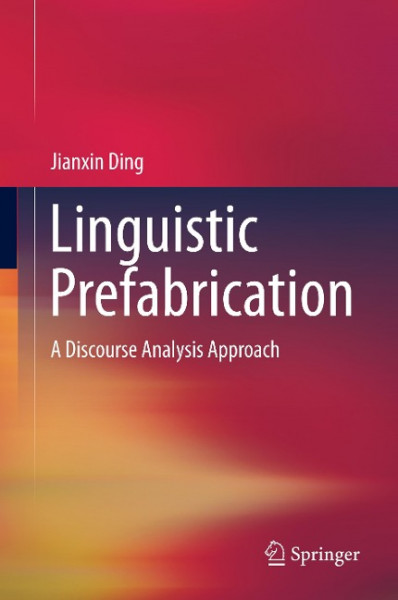 This book presents an innovative exploration of linguistic prefabrication in the travel advertising discourse from a functional perspective. Most of the previous studies on prefabricated language have adopted a structural, systematic point of view. This study, however, aims at exploring its functions in discourse. The material examined here is the discourse of travel advertising, which has become one of the candidates for 'late modern discourse par excellence' and rarely been discussed before.  The study covers a wide range of topics, essentially attempting to model linguistic idiomaticity in Systemic Functional Grammar. It assesses how the two fundamental principles of language use, the 'idiom principle' and the 'open-choice principle', interact with each other to construct English texts. As a counterweight to the traditional structural approach to collocations and idiomatic expressions, this study investigates the 'phraseology' of the register of travel advertising, and explores prefabrication and conventionalization in language use and human behavior. It seeks to answer the age-old question of whether human beings are 'primarily like buses, which travel along regular routes' or 'like taxis, which move about freely'. Ritualization, as sociological and anthropological theory have long since recognized, is simply characteristic of all aspects of human behavior and its contexts.  von Ding, Jianxin

Jianxin Ding is a Professor at the Department of English, School of Foreign Languages, Sun Yat-Sen University. He has been selected as a member of the "Program for New Century Excellent Talents in University Supported by the Ministry of Education in China" and the "Hundred Talents of Sun Yat-Sen University". At Sun Yat-sen University, he serves as Director of the Language Studies Institute. He also serves as Dean of the School  of Foreign Languages, Nanfang College of Sun Yat-sen University. Professor Ding is one of the key scholars in the fields of Critical Discourse Studies, Functional Linguistics, Cultural Studies, and Marginal Discourse Analysis in China.  He has completed a number of Philosophical and Social Science Research Projects funded by Guangdong Province, Ministry of Education and the National Social Science Foundation. He has published extensively in prominent academic journals. He has also published several monographs, including Language Studies in Critical Perspective, Critical Discourse Analysis of Narration: A Social-Semiotic Approach, A Cultural Turn: Genre Analysis and Discourse Analysis, etc. As the editor-in-chief of Liberal Education Series, he has published roughly 20 textbooks. He is the editor-in-chief of the Nankai Discourse Studies Series, as well as the executive editor-in-chief of the journal Academic Research in East Asia.