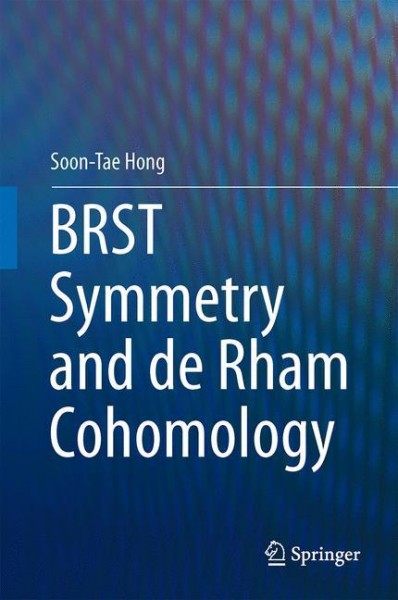 This book provides an advanced introduction to extended theories of quantum field theory and algebraic topology, including Hamiltonian quantization associated with some geometrical constraints, symplectic embedding and Hamilton-Jacobi quantization and Becci-Rouet-Stora-Tyutin (BRST) symmetry, as well as de Rham cohomology. It offers a critical overview of the research in this area and unifies the existing literature, employing a consistent notation.Although the results presented apply in principle to all alternative quantization schemes, special emphasis is placed on the BRST quantization for constrained physical systems and its corresponding de Rham cohomology group structure.¿These were studied by theoretical physicists from the early 1960s and appeared in attempts to quantize rigorously some physical theories such as solitons and other models subject to geometrical constraints. In particular, phenomenological soliton theories such as Skyrmion and chiral bag models have seen a revival following experimental data from the SAMPLE and HAPPEX Collaborations and these are discussed. The book describes how these model predictions were shown to include rigorous treatments of geometrical constraints because these constraints affect the predictions themselves. The application of the BRST symmetry to the de Rham cohomology contributes to a deep understanding of Hilbert space of constrained physical theories. Aimed at graduate-level students in quantum field theory, the book will also serve as a useful reference for those working in the field.¿ An extensive bibliography guides the reader towards the source literature on particular topics. von Hong, Soon-Tae

Prof. Soon-Tae Hong has researched in the quantum field theory: string theory. He presented "Cho-Hong String Singularity Theorem" which studied in the singularity of the geodesic surface congruence for time-like and null strings using the expansion of the universe in the string theory. It is new approach to explain big bang theory applying by string theory. Also, he is one of Springer authors of "Concise Encyclopedia of Super symmetry" published in 2004 and recorded in Marquis Who's Who in the World and in Science and Engineering.