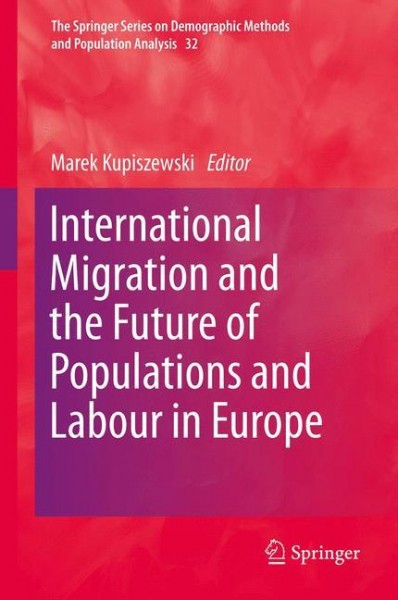 International Migration and the Future of Populations and Labour in Europe

International Migration and the Future of Populations and Labour in Europe

The changes of populations are determined by fertility, mortality and migration. On the national level, international migration is a factor of increasing demographic, economic, social and political importance. This book addresses the debate on the impact of international migration and economic activity on population and labour force resources in future. It presents a study conducted for 27 European countries, looking 50 years ahead (2002-2052). An extended discussion of theories and factors underlying the assumed evolution of the components of change and economic activity is included as well as a detailed analysis of the historical trends. These theoretical and empirical considerations lead to defining scenarios of future mortality, fertility, economic activity and international migration, which have been fed into a projection model, producing various future population dynamics and labour force trajectories. In addition, simulations have been made to estimate the size of replacement migration needed to maintain selected demographic and labour market parameters in the countries of Europe. The results presented in this book allow researchers, governments and policy makers to evaluate to what extent various migration and labour market policies may be instrumental in achieving the desired population and labour size and structures.The secondary purpose of this volume is to reveal the methodology and argumentation lying behind a complex population forecasting and simulation exercise, which is not done frequently, but is critical for the assessment of the forecasts and also valuable from a purely didactic point of view. von Kupiszewski, Marek