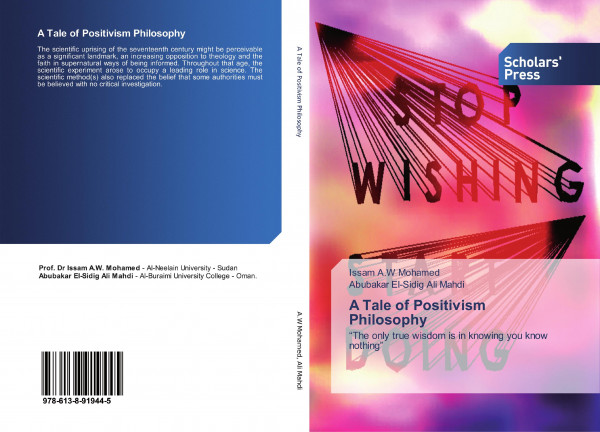 A Tale of Positivism Philosophy

The scientific uprising of the seventeenth century might be perceivable as a significant landmark, an increasing opposition to theology and the faith in supernatural ways of being informed. Throughout that age, the scientific experiment arose to occupy a leading role in science. The scientific method(s) also replaced the belief that some authorities must be believed with no critical investigation. von A. W Mohamed, Issam und Ali Mahdi, Abubakar El-Sidig