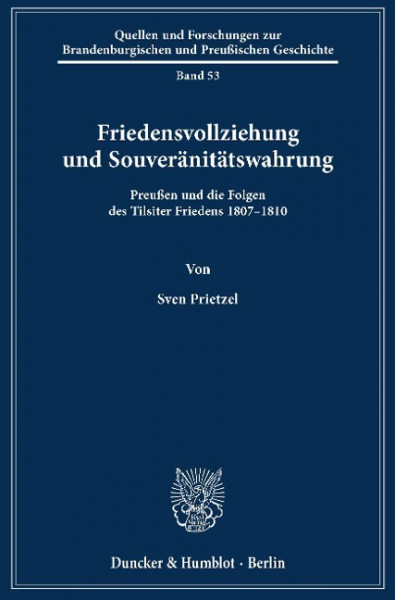 »Executing Peace and Defending Souvereignity. Prussia and the Peace of Tilsit 1807-1810« This study analyzes how the Peace of Tilsit influenced the state of internal and external sovereignty in Prussia. Through a multi perspective approach the crisis of the Prussian political system after 1807 is examined. It has been found that external conditions as well as the economic situation and the politicising of society were determing factors for political change; ultimately, the sovereign decision making of the king was in question. It was these combined circumstances which shaped Prussian history until the year 1848. von Prietzel, Sven