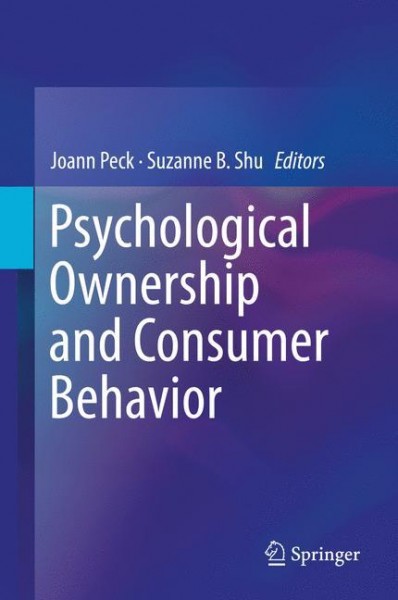 Joann Peck, PhD is an associate professor in the marketing department within the Wisconsin School of Business. She is the recipient of the Emil H. Steiger Distinguished Teaching Award in 2008 and the Lawrence J. Larson Excellence in Teaching Award in 2005. She has also been the recipient of six other teaching awards.Peck researches haptics (the sense of touch), specifically as it relates to a shopper's motivation to touch a product when shopping. She also examines the interactions between an individual difference in motivation to touch (desire to touch), product category differences in whether touch is important, and situational differences that encourage or discourage touch, such as point of purchase signs or online shopping. Additionally, she researches e-commerce boundaries, attitude theory, typicality, and categorization. Peck holds a Ph.D. in business administration from the University of Minnesota. Before Associate Professor of Marketing Suzanne B. Shu, PhD found her calling in academia, she had a career in industry. With undergraduate and advanced degrees in electrical engineering from Cornell University, Shu spent five years with Bell Communications Research. Earning an MBA was a logical part of her professional trajectory. While in business school, Shu realized that the phenomena that had always interested her - behavioral economics, judgment and decision-making, consumer psychology - were organized into formal areas of study. The MBA experience changed her life, she says, and sealed her decision to pursue a Ph.D. at the University of Chicago, where she worked closely with renowned behavioral science expert Richard H. Thaler. Shu's numerous published papers address the psychological determinants around concepts like the endowment effect, whereby people ascribe higher value to things just because they own them; and the increasingly hot topic of decumulation, that is, spending savings, pension or other assets accumulated during one's working life. She studies consumers' behaviors around purchasing annuities - or, more precisely, why they might not.