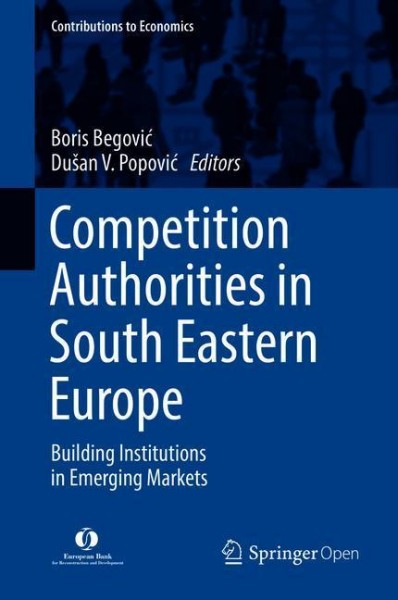 Boris Begovic is a Professor of Economics at the School of Law, University of Belgrade, where he teaches competition law courses, and a Senior Fellow at the Center for Liberal-Democratic Studies (CLDS), Belgrade, Serbia. He completed his studies at the University of Belgrade, London School of Economics and JFK School of Government, Harvard University. His field of expertise includes theory of economic growth, industrial organization, economics of competition policy, political economy, and economic analysis of law. He has published numerous articles in international journals (including European Journal of Political Economy, Journal of International and Comparative Economics (Economic Systems), and Papers in Regional Science and Urban Studies), as well as seven books: Economic Approach to Optimal City Size (1991), Economic of Town Planning (1995), Corruption: An Economic Analysis (2007), Economics for Lawyers (2009), Institutional Aspects of Economic Growth (2011), Introduction to Competition Law (2012) and Economic Analysis of Criminal Deterrence (2015). He has been a consultant to the Serbian Commission for Protection of Competition and is a regular columnist in Serbian daily newspapers and weekly magazines. DuSan V. Popovic is an Associate Professor of Business Law at the School of Law, University of Belgrade, where he teaches competition law and intellectual property law. After completing his undergraduate legal studies at the University of Belgrade, he received his MSc degree in EU law at the University of Nancy and a PhD degree in competition law at the University of Paris Nanterre. He received EU Tempus grants for research at the universities of Salzburg and Strasbourg, and the Max Planck Society grant for a research stay at the MP Institute for Innovation and Competition. He has published numerous articles in international and Serbian scientific journals, and several books: Les noms de domaine et le droit de propriété intellectuelle (2005), European Court of Justice (2006), Le droit communautaire de la concurrence et les communications électroniques (2009), Exclusive Intellectual Property Rights and Free Competition (2012), Intellectual Property Law (2013), Registration of Domain Names and Trademark Law (2014), International Encyclopaedia of Laws for Intellectual Property Law: Serbia (2016). He serves as an arbitrator at the Permanent Court of Arbitration, attached to the Serbian Chamber of Commerce, and is president of the Serbian domain-name dispute resolution institution.