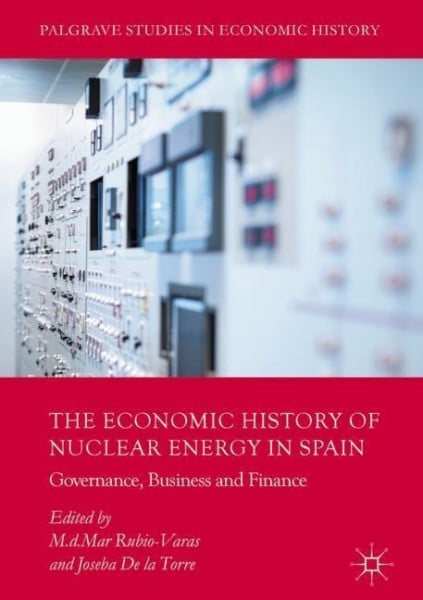 The Economic History of Nuclear Energy in Spain

The Economic History of Nuclear Energy in Spain
Governance, Business and Finance

This book analyses the economic history of the nuclear program in Spain, from its inception in the 1950s to the nuclear moratorium in the early 1980s, and investigates the economic, financial and business origins of atomic energy in Spain. The actual dimension of the Spanish nuclear sector, which exceeded the relative economic and political clout of the country at the time, reflects the combination of domestic and foreign interests. Each contribution inserts the Spanish case within the international development of nuclear energy, but also shows how the Spanish nuclear program came about, how it was financed, and who the main architects and beneficiaries at the industrial, financial, commercial and banking levels were; all without losing sight of the energy policy aspects such as energy mix and energy security. The volume provides useful analysis and sources for a variety of core fields across the social sciences including economic history of post-war Europe, industrial and energy policy, international relations and history of technology. von Rubio-Varas, M. d. Mar und De la Torre, Joseba

M.d.Mar Rubio-Varas is Associate Professor at the Department of Economics at the Public University of Navarre, Spain. She is an energy economist and economic historian; her research interests focus on the long-term relationships between energy consumption and economic growth, covering aspects of energy external dependence and the transition to a low carbon economy. She has published in international journals of economic history, energy policy and environmental economics. Joseba De la Torre is Professor of Economic History at the Public University of Navarre, Spain. He is a specialist of the industrial policy and the indicative planning of developmentalism during the Franco regime. He has been Visiting Professor at La Maison des Sciences de l'Homme in Paris, France, and at the Center for European and Mediterranean Studies of New York University, USA. He was previously Dean of Faculty of Economics and Business at the Public University of Navarre, Spain.