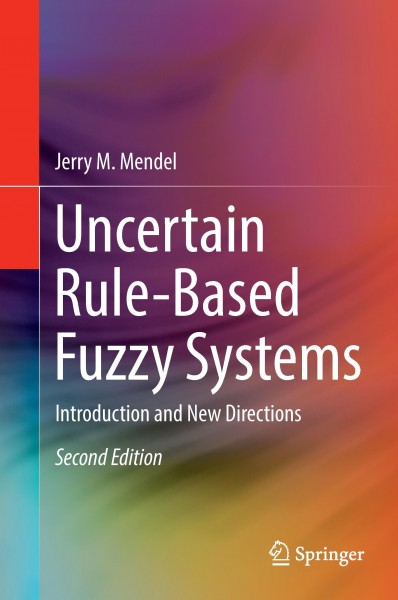 The second edition of this textbook provides a fully updated approach to fuzzy sets and systems that can model uncertainty - i.e., "type-2" fuzzy sets and systems. The author demonstrates how to overcome the limitations of classical fuzzy sets and systems, enabling a wide range of applications from time-series forecasting to knowledge mining to control. In this new edition, a bottom-up approach is presented that begins by introducing classical (type-1) fuzzy sets and systems, and then explains how they can be modified to handle uncertainty. The author covers fuzzy rule-based systems - from type-1 to interval type-2 to general type-2 - in one volume. For hands-on experience, the book provides information on accessing MatLab and Java software to complement the content. The book features a full suite of classroom material. von Mendel, Jerry M.

Jerry M. Mendel received the Ph.D. degree in electrical engineering from the Polytechnic Institute of Brooklyn, Brooklyn, NY. Currently he is Professor of Electrical Engineering at the University of Southern California in Los Angeles. He has published over 570 technical papers and is author and/or co-author of 12 books, including Uncertain Rule-based Fuzzy Logic Systems: Introduction and New Directions (Prentice-Hall, 2001), Perceptual Computing: Aiding People in Making Subjective Judgments (Wiley & IEEE Press, 2010), and Introduction to Type-2 Fuzzy Logic Control: Theory and Application (Wiley & IEEE Press, 2014). His present research interests include: type-2 fuzzy logic systems and their applications to a wide range of problems, including smart oil field technology, computing with words, and fuzzy set qualitative comparative analysis. He is a Life Fellow of the IEEE, a Distinguished Member of the IEEE Control Systems Society, and a Fellow of the International Fuzzy Systems Association. He was President of the IEEE Control Systems Society in 1986, a member of the Administrative Committee of the IEEE Computational Intelligence Society for nine years, and Chairman of its Fuzzy Systems Technical Committee and the Computing With Words Task Force of that TC. Among his awards are the 1983 Best Transactions Paper Award of the IEEE Geoscience and Remote Sensing Society, the 1992 Signal Processing Society Paper Award, the 2002 and 2014 Transactions on Fuzzy Systems Outstanding Paper Awards, a 1984 IEEE Centennial Medal, an IEEE Third Millenium Medal, and a Fuzzy Systems Pioneer Award (2008) from the IEEE Computational Intelligence Society. As of September 26, 2015, his publications have been cited (Google Scholar) more than 33,800 times.