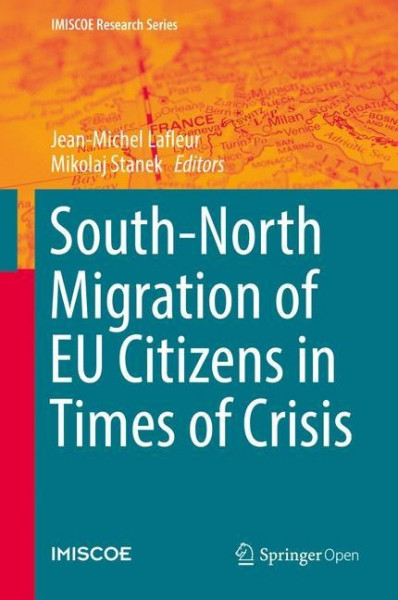 South-North Migration of EU Citizens in Times of Crisis

South-North Migration of EU Citizens in Times of Crisis

This open access book looks at the migration of Southern European EU citizens (from Portugal, Spain, Italy, Greece) who move to Northern European Member States (Belgium, France, Germany, United Kingdom) in response to the global economic crisis.Its objective is twofold. First, it identifies the scale and nature of this new Southern European emigration and examines these migrants' socio-economic integration in Northern European destination countries. This is achieved through an analysis of the most recent data on flows and profiles of this new labour force using sending-country and receiving-country databases. Second, it looks at the politics and policies of immigration, both from the perspective of the sending- and receiving-countries. Analysing the policies and debates about these new flows in the home and host countries' this book shows how contentious the issue of intra-EU mobility has recently become in the context of the crisis when the right for EU citizens to move within the EU had previously not been questioned for decades. Overall, the strength of this edited volume is that it compiles in a systematic way quantitative and qualitative analysis of these renewed Southern European migration flows and draws the lessons from this changing climate on EU migration. von Lafleur, Jean-Michel und Stanek, Mikolaj