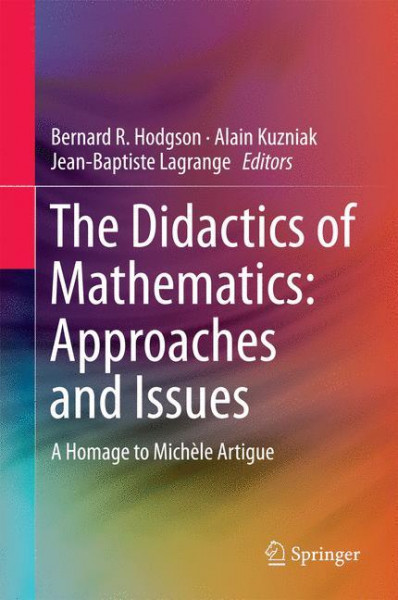 The Didactics of Mathematics: Approaches and Issues

The Didactics of Mathematics: Approaches and Issues
A Homage to Michèle Artigue

This book, the outcome of a conference organised in 2012 in Paris as a homage to Michèle Artigue, is based on the main component of this event. However, it offers more than a mere reflection of the conference in itself, as various well-known researchers from the field have been invited to summarize the main topics where the importance of Artigue's contribution is unquestionable. Her multiple interest areas, as a researcher involved in a wider community, give to this volume its unique flavour of diversity. Michèle Artigue (ICMI 2013 Felix Klein Award, CIAEM 2015 Luis Santaló Award) is without doubt one of the most influential researchers nowadays in the field of didactics of mathematics. This influence rests both on the quality of her research and on her constant contribution, since the early 1970s, to the development of the teaching and learning of mathematics. Observing her exemplary professional history, one can witness the emergence, the development, and the main issues of didactics of mathematics as a specific research field. von Hodgson, Bernard R und Lagrange, Jean-Baptiste und Kuzniak, Alai