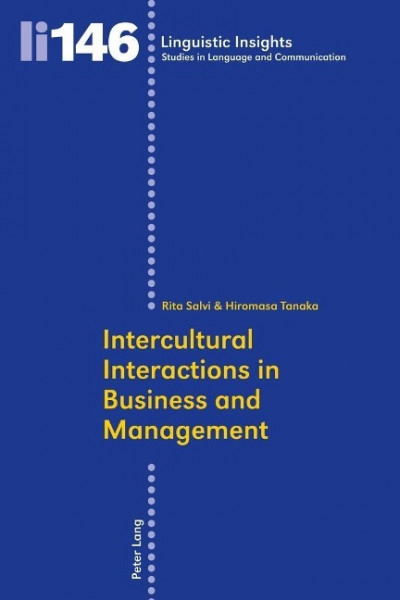 Intercultural Interactions in Business and Management

Intercultural Interactions in Business and Management

Given the consolidated position of English as the international language for communication in business and management, this book depicts a wide scenario in which to analyse and compare interactions between eastern/western European users of English, as well as Asian/European/North American speakers. From each chapter, different sociolinguistic realities emerge. They affect English, as used largely by non-native speakers, but also the relationship between local or national cultures and the global professional discourse community. In this context not only the specialized lexis is analysed, but rather the ways in which different geo-political cultures construe, manifest and establish their identities. Although it is difficult to classify pragmatic usages of language, the six chapters in the first section deal with language and culture following a genre-based approach, whereas the six chapters of the second section specifically consider corporate identity in intercultural interactions. This volume, which aims to avoid stereotypes and promote mutual understanding, is the offspring of a two-day seminar as part of the 10th ESSE (European Society for the Study of English) Conference, held in Turin, August 2010. von Salvi, Rita und Tanaka, Hiromasa

Rita Salvi is Professor of English at the Faculty of Economics, «Sapienza» University of Rome. Her research interests include general and applied linguistics, language teaching, particularly through the medium of advanced technologies, synchronic and diachronic lexicographic analysis, mainly in the field of specialized language (economics and law), text analysis and intercultural discourse for academic and professional purposes. Hiromasa Tanaka is Professor of Sociolinguistics at Meisei University, Tokyo and an independent consultant/trainer for various business corporations. He has participated in several corporate change initiatives and training curriculum development projects in Japanese and non-Japanese companies. His research interests are in the area of business discourse analysis and critical pedagogy with a special focus on English as lingua franca in Asia.