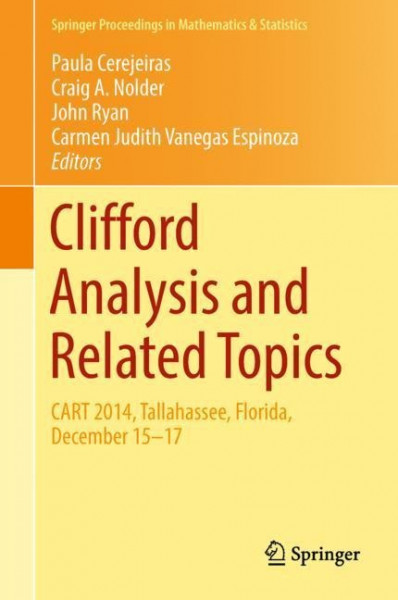 This book, intended to commemorate the work of Paul Dirac, highlights new developments in the main directions of Clifford analysis. Just as complex analysis is based on the algebra of the complex numbers, Clifford analysis is based on the geometric Clifford algebras. Many methods and theorems from complex analysis generalize to higher dimensions in various ways. However, many new features emerge in the process, and much of this work is still in its infancy.Some of the leading mathematicians working in this field have contributed to this book in conjunction with "Clifford Analysis and Related Topics: a conference in honor of Paul A.M. Dirac," which was held at Florida State University, Tallahassee, on December 15-17, 2014. The content reflects talks given at the conference, as well as contributions from mathematicians who were invited but were unable to attend. Hence much of the mathematics presented here is not only highly topical, but also cannot be found elsewhere in print. Given its scope, the book will be of interest to mathematicians and physicists working in these areas, as well as students seeking to catch up on the latest developments. von Cerejeiras, Paula und Nolder, Craig A. und Ryan, John und Vanegas Espinoza, Carmen Judith