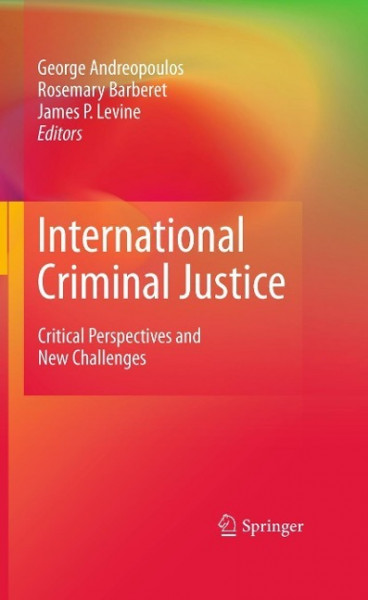 In recent years, justice-related and human rights issues have figured more and more prominently on the international political agenda. This expansion of the justice space is a product of a growing demand for accountability in world politics. Whether the issue is addressing heinous crimes such as genocide, war crimes and crimes against humanity in situations of armed conflict, confronting the inability or reluctance of governments to protect their own populations, or responding to the challenges posed by transnational terrorism; the international community has witnessed the proliferation of institutions and mechanisms, as well as the dynamic interplay between domestic and international processes, in the pursuit of justice-sensitive outcomes. International and hybrid tribunals, UN-led and domestic counter-terrorist initiatives, and the use of force for human protection purposes have demarcated the space within which ethical, political, and legal debates have unfolded in the quest for a more humane world order. The contributors of International Criminal Justice: Theoretical and Legal Perspectives address some of the most important issues and debates involved in this quest, and assess the merits of contending approaches to the promotion of international justice norms. This volume will contribute to the ongoing debate on the challenges, as well as opportunities, facing the justice agenda in its effort to shape developments in an increasingly interdependent world. von Andreopoulos, George und Barberet, Rosemary und Levine, James P.

George Andreopoulos is a Professor of Government and a member of the doctoral faculty of the Political Science and Criminal Justice programs at the CUNY Graduate School and University Center. He is also the Director of the Center for International Human Rights. Professor Andreopoulos studied history, law, and international relations at the Universities of Chicago and Cambridge. Before coming to CUNY, he taught for several years at Yale University, where he was the founding Associate Director of the Orville Schell Center for International Human Rights. He has written extensively on international security, international human rights, and international humanitarian law issues. Rosemary Barberet is an Associate Professor in the Sociology Department at John Jay Collegfe of Criminal Justice where she currently teaches a variety of courses in the undergraduate major in International Criminal Justice. A native of Connecticut and trained in criminology in the United States (PhD, University of Maryland, 1994), she has spent most of her academic career in Europe (Spain and England). Her publications have dealt with self-reported youth crime, violence against women, business crime, crime indicators and comparative methodology. Her presentations and guest lectures span two continents, three languages and have been delivered to public service professionals (police officers, judges and court employees, women's associations) as well as to academic colleagues. Her research interests include the use of criminal justice data and research in policymaking, crime indicators, victimization, gender and crime and cross-cultural methodology. James P. Levine is the Dean of Research and Professor of Criminal Justice at John Jay College of Criminal Justice. He is also currently serving as the Chairperson for the Department of Law, Police Science and Criminal Justice Administration. He was Dean of Graduate Studies at John Jay from 1997 to 2006. From 1993 to 1999, he served as Executive Officer of the Doctoral Program in Criminal Justice of the City University of New York located at John Jay College. He is a member of Phi Beta Kappa. He received a PhD in political science from Northwestern University, winning the Edward S. Corwin Award (from the American Political Science Association for the best dissertation in public law completed in 1968). Prior to coming to John Jay, he served on the faculties of Michigan State University, the University of Oregon, and Brooklyn College of the City University of New York. Dean Levine has published two textbooks on criminal justice (co-authored with Michael Musheno and Dennis Palumbo): Criminal Justice: A Public Policy Approach (1980) and Criminal Justice in America: Law in Action (1986). He is the co-author, with David Abbott, of Wrong Winner: The Coming Debacle in the Electoral College (1991). His most recent book is Juries and Politics (1992). He has published numerous articles on criminal justice institutions, criminal justice policy, and research methodology. His research has focused on jury behavior in recent years. Dean Levine's work has appeared in such journals as Judicature, Criminal Law Bulletin, Criminal Justice Ethics, Journal of Criminal Justice, Legal Studies Forum, Law and Social Inquiry, Crime and Delinquency, Social Science Quarterly, Criminology, Public Policy, Law and Society Review, and Polity.