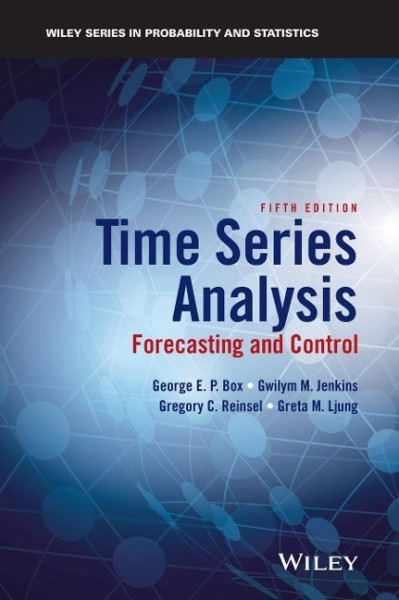 Praise for the Fourth Edition "The book follows faithfully the style of the original edition. The approach is heavily motivated by real-world time series, and by developing a complete approach to model building, estimation, forecasting and control." - Mathematical Reviews Bridging classical models and modern topics, the Fifth Edition of Time Series Analysis: Forecasting and Control maintains a balanced presentation of the tools for modeling and analyzing time series. Also describing the latest developments that have occurred in the field over the past decade through applications from areas such as business, finance, and engineering, the Fifth Edition continues to serve as one of the most influential and prominent works on the subject. Time Series Analysis: Forecasting and Control, Fifth Edition provides a clearly written exploration of the key methods for building, classifying, testing, and analyzing stochastic models for time series and describes their use in five important areas of application: forecasting; determining the transfer function of a system; modeling the effects of intervention events; developing multivariate dynamic models; and designing simple control schemes. Along with these classical uses, the new edition covers modern topics with new features that include: * A redesigned chapter on multivariate time series analysis with an expanded treatment of Vector Autoregressive, or VAR models, along with a discussion of the analytical tools needed for modeling vector time series * An expanded chapter on special topics covering unit root testing, time-varying volatility models such as ARCH and GARCH, nonlinear time series models, and long memory models * Numerous examples drawn from finance, economics, engineering, and other related fields * The use of the publicly available R software for graphical illustrations and numerical calculations along with scripts that demonstrate the use of R for model building and forecasting * Updates to literature references throughout and new end-of-chapter exercises * Streamlined chapter introductions and revisions that update and enhance the exposition Time Series Analysis: Forecasting and Control, Fifth Edition is a valuable real-world reference for researchers and practitioners in time series analysis, econometrics, finance, and related fields. The book is also an excellent textbook for beginning graduate-level courses in advanced statistics, mathematics, economics, finance, engineering, and physics. von Box