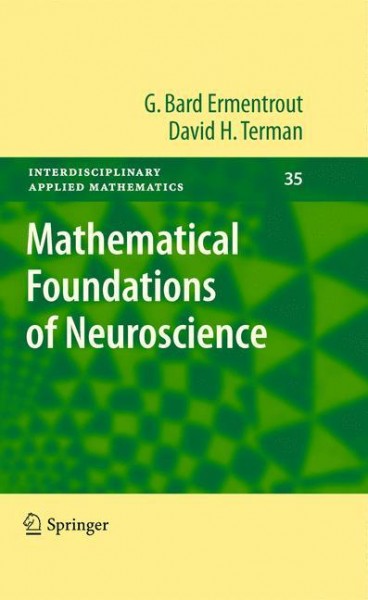 This book applies methods from nonlinear dynamics to problems in neuroscience. It uses modern mathematical approaches to understand patterns of neuronal activity seen in experiments and models of neuronal behavior. The intended audience is researchers interested in applying mathematics to important problems in neuroscience, and neuroscientists who would like to understand how to create models, as well as the mathematical and computational methods for analyzing them. The authors take a very broad approach and use many different methods to solve and understand complex models of neurons and circuits. They explain and combine numerical, analytical, dynamical systems and perturbation methods to produce a modern approach to the types of model equations that arise in neuroscience. There are extensive chapters on the role of noise, multiple time scales and spatial interactions in generating complex activity patterns found in experiments. The early chapters require little more than basic calculus and some elementary differential equations and can form the core of a computational neuroscience course. Later chapters can be used as a basis for a graduate class and as a source for current research in mathematical neuroscience. The book contains a large number of illustrations, chapter summaries and hundreds of exercises which are motivated by issues that arise in biology, and involve both computation and analysis. Bard Ermentrout is Professor of Computational Biology and Professor of Mathematics at the University of Pittsburgh. David Terman is Professor of Mathematics at the Ohio State University. von Terman, David H.