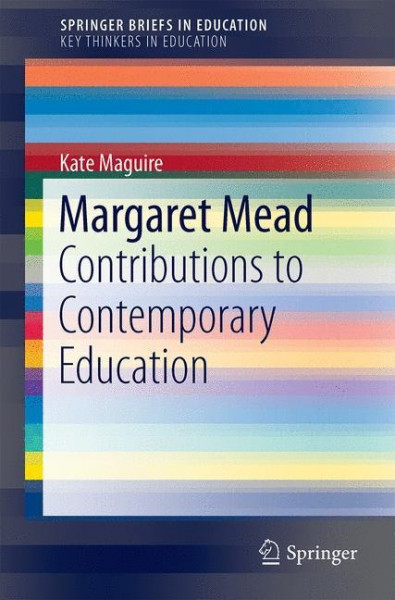 This book makes a case for Margaret Mead's contributions to education discourses, which in retrospect appear visionary and profoundly democratic, non judgemental and transdisciplinary, and for their relevance for education today at primary, secondary and tertiary levels. Mead combined her substantial skills and knowledge as a linguist, anthropologist and psychologist to draw attention to the primary role of culture and society in identity formation, privileging against sterner perspectives, the idea that the conditions that support the emergence of balanced personalities, able to contribute to society and to progress themselves as individuals, starts with observation of self before that of others. This observation of and reflection on self was for her a necessary demonstration of transparency while close observation of others was 'an act of love', much as the artist contemplates his/her subject, that dissolved negative differences of culture, belief and status. von Maguire, Kate